Organic Groups is a popular contributed Drupal module that provides permitted users the ability to manage and create content in their own "groups".  Each group can have members and a group dashboard where members can communicate amongst themselves.

What does this mean for OSU Drupal?  It means some very interesting new capabilities, actually...especially on the system side of things that Web Services oversees.

Under our Drupal 6 installation, each site that was installed was its own separate site. For example, the College of Liberal Arts had a small main site and over thirty different sub-sites for their academic units and labs.  If there are several sub-sites, the sharing of umbrella information becomes very difficult and is usually not synchronized very well.  This big issue is very nicely addressed by Organic Groups.

Through the use of Organic Groups, one big site can actually be split into several sections that are controlled by different groups.  For example, you may have a college that has five distinct schools within it.  Each school wants to have its own autonomy over its own respective material, but each school also wants to be able to share some overarching information that relates to the entire college as a whole, such as information about college events and employee profile information.

Take a look at how this works out for the Web Technology Training site, below (click on the image to view it in its full size). 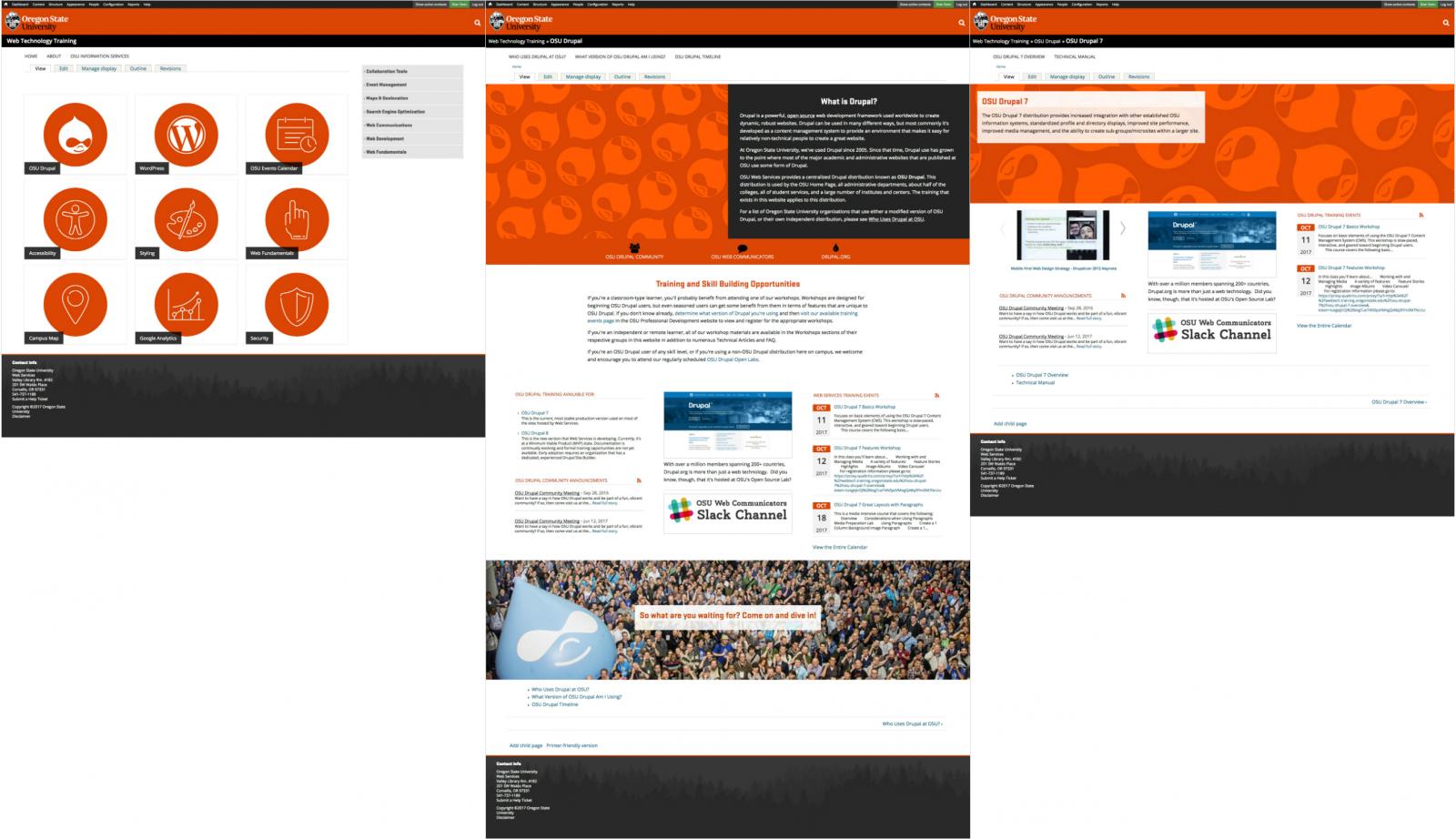 This module is not a simple one to configure.  It's intended for advanced architects.  Due to the fact that it is a structural tool, it's something that is very difficult to add "after the fact".  If OG is to be used, it should be used on a new site or one that is going through a complete structural overhaul.

Please note that videos which are provided from a source outside of OSU may not completely reflect OSU systems. Instead, use the provided video as a general guide to working with this particular subject.

‹ Registering Migrations up Logging In ›